Is Depression A Disability?

Depression can be a life-long disability issue for many people throughout the world. Depression is among the most common medical condition for which the Social Security Administration (SSA) receives applications. Depression is also one of the more commonly ignored issues in our society.

If someone feels an occasional bout of “the blues,” then that is considered normal and is okay. However, if this feeling continues for days and months, it can be a point of concern. Feeling low, hopeless, inefficient, fatigued, and weak, consistently for many days can be a sign of major depressive disorder (MDD). MDD is the most common form of depression. It represents a biochemical imbalance in the brain and is also known as clinical depression or major depression. 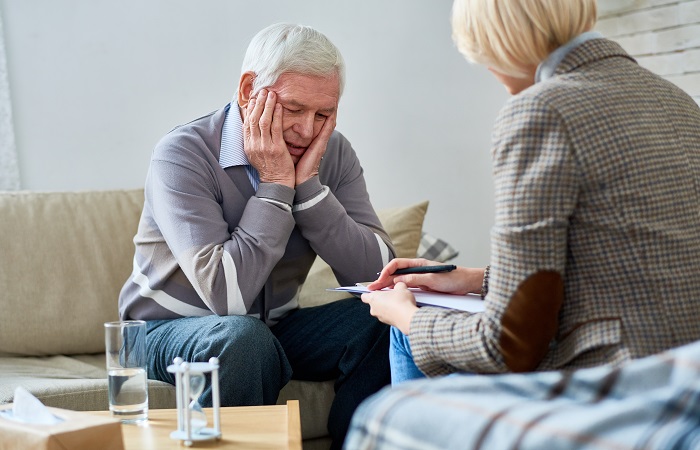 Social Security bases its disability listings on the American Psychiatric Association’s Diagnostic and Statistical Manual of Mental Disorders (DSM). And according to the DSM, there are three different types of depression from which people can suffer. The symptoms may vary depending a variety of factors.

The three types are listed below

Depressed individuals can be spotted clearly because they tend not to take part in social activities, remain alone, and do not react to things happening around them.

If someone you know is behaving in this manner, please do not avoid the situation. Try to talk to them about how they are feeling. Get them professional help because, if these symptoms not addressed, things could get much worse.

The severity of depression can be better defined and determined by psychiatrists. The depression can be segregated in 3 forms, i.e., mild, moderate, and severe. Disability Benefits for Depression is judged based on symptoms and many other factors.

It is also known by the terms “dysthymic disorder” and “chronic low-level depression.” This type of depression shows symptoms, just like Major Depressive Disorder. But they are less severe and appear in intervals of once in two years.

The person suffering from this type of depression will have multiple periods of mania and depression. They may feel extremely low or extremely high. Some of the common symptoms include the following.

Manic episodes can be strange and can occur very frequently. Extreme cases start facing psychotic episodes like delusions and hallucinations. Some patients of bipolar disorder may require hospitalization. Various kinds of psychotherapy and medications can treat patients suffering from bipolar depression who are still in the initial stage. The correct combination of treatment plays a crucial role in management of the disorder.

Can You Get Disability For Depression?

Details of Depression related disability benefits are covered in Social Security’s impairment listing 12.04. where you can get detailed information on symptoms and other issues. The Social Security Administration has detailed a lot of serious illnesses that can be caused because of prolonged depression. If you meet those criteria, getting benefits will not be as difficult.

If you are disabled due to depression, and this condition has disrupted your ability to effectively perform your job, you may qualify for Social Security Disability (SSD) benefits. Meeting stringent requirements is necessary to qualify for disability benefits.

Having at least five of the symptoms as listed in the beginning of this article, is mandatory to qualify for Social Security Disability for Depression. Slowing down of physical movement and reactions is a prominent sign of disability due to depression. Many people have issues with their speech and show increased physical agitation such as pacing, or hand wringing.

What Benefits Can I Claim For Depression?

You can qualify for SSD, as well as SSI For Depression. SSI stands for Supplemental Security Income benefits. The eligibility for either of these is determined based on credits that have been gathered through employment. SSD is for those who have worked for a longer time, and SSI is mostly for people with a low-income level. But for all disability benefits cases, the SSA will examine all the medical records to know your medical history and to see the extent to which you are affective by the condition. Every aspect will be judged stringently so that those in need get sufficient benefits handle the difficult conditions caused by their disability.

Depression and Disability Benefits significantly depend on the severity of the symptoms, the form of depression from which the applicant is suffering, the treatments they have or are receiving, as well as many other factors

If you have any doubts about disability benefits due to depression, you can get in touch with an attorney. He/she can assess the likelihood of your ability to be eligible to receive either of these benefits. If your symptoms match the terms in listings, you can get legal help for the application process and case representation.